London had been stricken with many recurring instances of the plague about once every single generation since the fourteenth century. But it’s well known that after the great fire of London, the plague all but disappeared.

According to science, the plague was apparently caused by the bacterium Yersinia pestis. Yersinia pestis is a disease carried and transmitted by fleas and rats. There’s more to be learned about rats in my post Rats! These Nasty Creatures Uncovered. So the theory states that when the Great Fire of London wiped out London’s rat and flea infestations as well as the destruction of all the filthy infested structures, that the plague went with it.

Did the Great Fire of London Wipe out the Plague?

There has been doubt building for some time as to whether or not this theory is correct. Records will show that the plague pretty much disappeared from most of the European continent around the same time. But all these other cities didn’t have any fires. So some suggest that by the time the great fire of London had occurred, most European residents had built up immunities to the awful bacteria. The fact that survival rates seemingly increase with each new outbreak helps to confirm this theory.

Another problem with the great fire of London theory is that it effected only the city of London itself. And most of the population lived outside the city. In fact only about a sixth of London’s people lived within the city itself, the others lived in the suburbs. These suburb areas were affected more by the plague than the city was.

In 1665 the majority of deaths were in the suburbs, not the city. Since the fire was only in the city, how could it of wiped out the plague way out in the suburb areas?

Was the Great Fire of London Inescapable?

The great fire of London was a very slow moving fire. It actually lasted for five days and was pretty well controlled as far as the Lord Mayor was concerned. He said, “a woman might piss it out.”, that’s how concerned he was at first about this fire. But apparently he was wrong as things didn’t turn out so great. But his attitude definitely shows how weak this fire was in the beginning.

In fact during the first few days of the great fire of London, folks weren’t really all that concerned. Very few of them even tried to flee the security of their city. Even for the few that did vacate, they didn’t seem to worried, because they only took a few things from their homes and temporarily went to somewhere safe. That tells you right there they full intended to return to their homes quite soon.

Another thing that comes to mind is that most of the flea and rat population could of just as easily escaped this slow moving fire if endangered. Don’t you think they would of done this instead of just sitting there waiting for the great fire of London aftermath? Animals are quite instinctive, so you know they would of tried. This being the case, doesn’t it seem plausible that they would of just carried the disease somewhere else if they were the true cause of the plague?

The Devastation Left After the Flames

Something else that bothers me about the great fire of London theory is that they believe only a few people were actually killed in the fire. Now don’t get me wrong, it is in the records that only five or six people died in the fire. But of course this is only what was put in the records. Keep in mind that the lower class folks didn’t get much concern and probably weren’t recorded. The upper class wouldn’t see the importance of including them in their records. I know that sounds hateful, but that’s just the way things were back then.

This fire was thought of as a Catholic plot by many during that time. Because of that there were many lynch mobs attacking a good majority of the foreigners that were there, but again, any deaths that may of occurred were not recorded.

As the great fire of London progressed, it’s level of temperature rose substantially, mainly because of the narrow streets and wooden buildings. There were also many combustible materials in the city such as gunpowder, tar and fuel sources that helped feed the inferno. This fire reached such staggering temperatures that it was melting piles of steel as well as iron chains and locks that were found on the city gates. So all things considered, a fire hot enough to melt steel is surely hot enough to vaporize human bodies and remains.

These were harsh times people, and you can imagine the aftermath a devastating fire of this magnitude would leave. People left homeless, out fending for themselves in unsanitary refugee camps. Others probably died from smoke inhalation, hunger and even some perishing to severe burns.

So to sum this up, it seems quite unlikely that the great fire of London was actually responsible for wiping out the plague disease. The evidence shows that it’s more likely that it had simply ran it’s course. It’s the same with any virus or bacteria strain, the first few affected will perish while others build immunities. Anyway, thought this may be an interesting take on the great fire of London and the plague, let me know what you think in the comments. 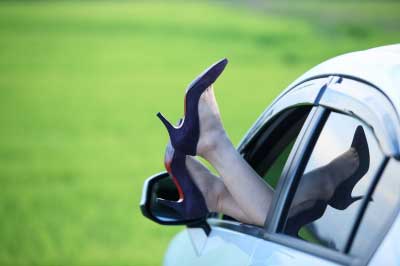